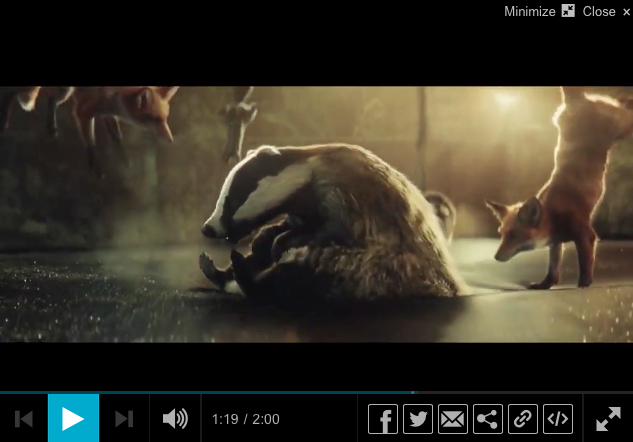 When my children were small, it seemed as if their father invested all his spare resources into making their childhood magical. Never mind that we were broke and living in a rough council estate up north, amongst neighbours who were unemployed and stole our things, who got drunk and beat up their wives, or the police vans coming over regularly to take folks in the Barlow Hall Estate away for various drugs offences, petty thievery and other crimes. He built a magical home for our young family in the crime-ridden estate: our backyard was filled with adventures (and with rabbits with names such as Nitty-Fritti and Alvin Perry).

Our holidays were all about going home to their grandparents’ houses to be spoilt, because we couldn’t afford anything else. But grandparents’ houses are magical because grandparents are. Those long summers were the highlight of our annual calendar when the children were young – endless days of being on the beach with their cousins, eating nanny’s cakes, exciting uncles and endless cuddles.

But life was magical almost on a daily basis, not just the summers. When it snowed, he would take our kids up Headington Hill in Oxford to toboggan down the snowy slopes. He made those toboggans out of pieces of wood and they were the best.

Yes, my children’s father succeeded in giving them a magical childhood on a shoestring. He did not earn much in those days; I was on a student grant as an undergraduate at Manchester University, and later, a full academic scholarship at Oxford. Money was never abundant in our household, but never mind, we didn’t need much. Daddy wasn’t good at making money, but he was darn good at being a magical Daddy.

This Christmas advertisement from John Lewis reminded me of those days. He used to say to the kids, “Let’s go fox-hunting”. It’s a gentle jibe at me, for his version of ‘fox-hunting’ was arming the kids with torches and telling them, “We’re going for an adventure!” And they would walk the dark neighbourhood alleys at night, looking for urban foxes with their search lights. For small children, it was a very big adventure indeed.

My children are indeed blessed to have a father like theirs, and I am so very grateful for the privilege of being a part of this beautiful family life for 30 years. I see the magic of childhood in my children’s eyes and the love that their father had so tirelessly put into their hearts and souls over the years. They are the physical embodiment of his love and magic, of days like this: