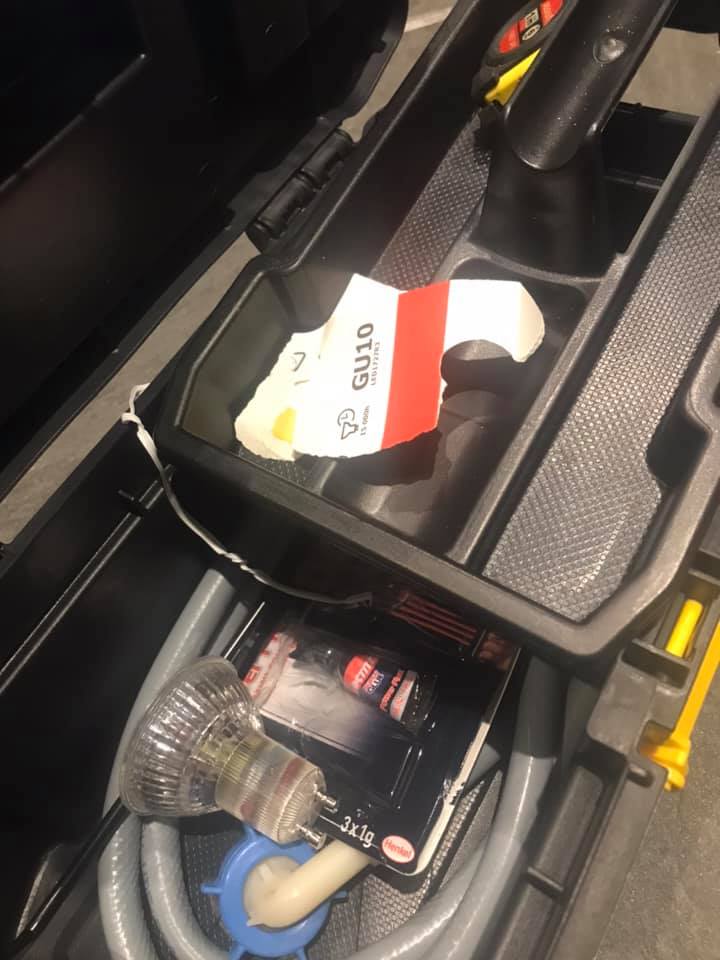 There was once a little girl who really, really wanted a remote control car.

Though her older brother allowed her to play with his car occasionally, she wanted one of her own. She wanted a red one with black stripes, and her name emblazoned on the driver’s door.

She was told that God answers prayers, and that God gives good little girls what they pray for. And so, she tried her best to be good and she prayed.

And then one day, a box arrived for her. She was so happy, convinced that it was her remote control car.

Imagine her disappointment when she tore open the wrapper and saw a box of Airfix car (though the box had mechanical parts and transistor batteries). It was a remote control car, but it had to be built. You might not be familiar, but Airfix was the common toy back in the seventies and eighties, where children have to assemble the planes, or tanks, or cars, from fiddly bits of plastic and glue.

The girl was disappointed. She was expecting a car that she could just take out of the box and flick the ‘on’ switch.

But the fact that her dream car came in humble pieces of plastic taught her a big lesson. That faith alone will not solve your problems, whatever the religion.

And if you are spiritual/agnostic/ not into religion, saying positive affirmations without the actual effort will not get you where you hope to arrive at or give you the good things you think you deserve. You only get what you want if you put in the elbow grease – prayers and positive affirmations do help, but only if you do the actual heavy lifting and sweat.

Photo: I saw this Airfix in an old-style toy shop in Sandown, Isle of Wight, last week.

I remember going fossil hunting with my parents. My father would carry a Stanley knife and a Tupperware in his rucksack, and we would sift through the stones on the beach or pick at the protruding face of the cliff. My mum, with a big smile on her face, would say, “You have to be on your knees for two hours before you find something.”

With the earnestness of youth, we would tread where my parents led, faithfully believing in the magic of our ‘finds’. My mum would say, “Imagine, Jack, you could be the first person to see this in hundred million years!”

What we often found were the piece of rock containing a single shell of the bivalve Aviculopectin planoradiatus. Or belemnites, gastropods and fossilised plants.

I was perplexed that my friends scorned at my precious treasures. “They’re just bits of old shells!” My friends would scorn (but these are filled with old history).

Indeed. Pragmatically speaking, they are just little bits of something or other that no longer have relevance in today’s world. Yet my parents would invest hours each time teaching us to love these parts of a shell, a bone, a part of a forest when they world was still young. Would it not have been time better spent if these hundreds of hours were spent studying, learning a musical instrument, excelling in a sport? Instead, I learned the names of fossils and seaweeds, and committed them to my memory for life.

You would think so, but today, walking on the Jurassic Coast of my beloved southern England of my youth, I suddenly realised the true value of all those hours spent combing the beaches looking for insignificant pieces of antiquity. We looked at the exposed faces of the cliff and found so many treasures there – I was more excited than I would have been if I had been confronted with a shop full of designer gear.

I realised that my parents were teaching me how to fall in love with the world I live in, to celebrate meaningful little things rather than glorify flashy impermanent stuff, and most of all, to be in awe of mighty Mother Nature …. these fragments are the pieces that compile our heritage as human beings, custodians of the earth.

PS. Look at this lump of rock below. My friend and I marvelled over it for ages. The evenly spaced grooves could be hewn out of the mechanical action of the sea over millions of years. Or it could be made by some prehistoric man’s tools.

Fort-building is an important part of the Waldorf syllabus. Why, you might ask. We live in modern times and we live in modern houses, and we are so far removed from the lives of folks who need forts.

However, psychologists, along with educators in the field, have taken a keen interest in fort building, as this has a lot to do with creating safe spaces for children. New York’s City University’s environmental psychologist, Roger Hart, first noticed secret space building and its importance in the 1970s and specifically noted the psychological importance these places for children in terms of control and order.

I also think building forts grows that all-important sense of empowerment in a child – the adult world often appears beyond their control, and thus, to be able to build one’s own safe environment is empowering.

So I took my friend’s triplets fort-building in a medieval forest of Hampshire.

We scouted the woods for the perfect location – we discussed the criteria. It has to be safe, it has to be accessible, it has to have enough space for cooking fire, etc. After wandering around the woods in ponderously amidst heated discussions, we chose a copse – because we liked the spot, but also because of the abundance of raw material from the coppicing.

Now we have the raw materials. How do we stop a pile of wood from falling on each other?

Here, the ancient country ways came in useful. There is a particular methodology that is far more efficient than modern engineering – just look at the dry stone walls; Some dry stone wall constructions in north-west Europe have been dated back to the Neolithic Age. I used to watch these skilled artisans build dry stone walls in my relative’s estate and marvelled at the fact that these simplistic constructions will still be standing long after I am gone.

And so, we spent a magical day in the medieval forest building a den that looked like covens of long-ago witches. We sat inside our primitive den and felt its powerful vibes. But for me, the most important lesson for these three children is learning to use their hands to build the proverbial shelter. Because someday, they are going to be someone’s spouse, someone’s parent, and there is no higher expression of love than protecting and nurturing another being.