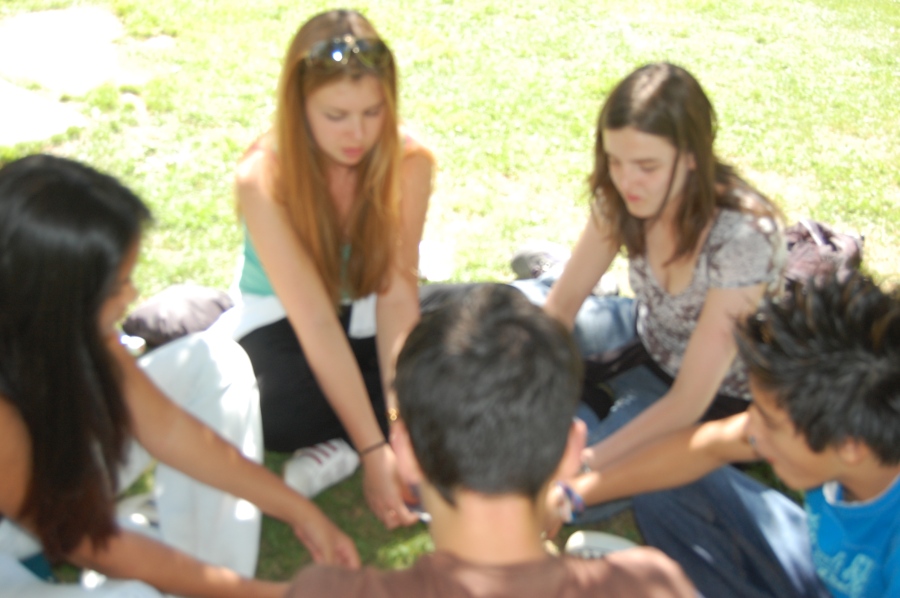 I first became a mother when I was 17, and had 3 other kids by the time I was 25. I was an idealistic young mum, spiky and full of definite ideas about how my children should be brought up. I took my children along to university with me, so they had lots of playmates. We did not have much money, so my children had to make do with the little material things we could afford.

I banned plastic toys. I caused quite a lot of bad feelings when I firmly requested no plastic toys for Christmas and birthdays, and made a point of returning them when those requests were ignored by indulgent grandparents.

I became a mother for the fifth time when I was 33. I was more relaxed, less idealistic. And I thought, “Gosh, I was draconian!”

But I was glad about my no-toys stance.

It forced us to do more with our children, though that was a challenge sometimes after a long day at work or university. But the kids learned a very important lesson: they learned to cope with boredom by finding their own ways to engage themselves, instead of relying on us or electronic gadgets to be their chief entertainers.

They used to build houses that they invited us to visit. They used to make dinner for us with real kitchen utensils and fruits, seeds and nuts, giving those dishes imaginative names such as rabbit poo pie. They used to put on performances that they sold tickets for, setting the whole front room up as a theatre. They used to build a rabbit hole behind the settee that led into a wonderland, with my Princess Kat declaring, “Alice did not fall into the rabbit hole; she stumbled into one”. They were so tiny then, with the eldest being no more than 10 at that time.

When they were teenagers, electronic games became a rage, but they continued on their own sweet way. They became experts at Charades and Pictionary, and then of course, the naughty stage of mixing alcohol. My son Jack started a newspaper delivery business with his best friend Anton and my nephew Matthew. My niece Kate, now in her 20s, made food balls for birds to study their preferences. This summer, my 15 year old decided to rewrite school textbooks in a mind-mapping sort of way. Maybe they are out of sync with youngsters of today, but they are fine growing up without plastic toys, expensive gadgets, designer wear or shopping malls.

Being outdoors also gets children in sync with the world they live in. They learn to navigate and negotiate with trees and animals and gravity, they learn to lose their fear but grow healthy respect for danger, and they get to meet germs and interesting things.

Thus my belief: the best toys for children are nature and their peers. Dr Richard Woolfson, a child psychologist, confirms through research that traditional games also bring families closer. In an increasingly isolated world engendered by virtual reality, it is important to be connected in real life to each other and to consciously work on that connection.

This summer, my youngest child was reading ‘To Kill A Mockingbird’ and of course, her father and I unwittingly became involved too, as we wracked our old brains to answer her Why mockingbird? And I realised there is another upside to not growing up relying on Professor Google for answers: my children continue to keep me young. I could not shut them out or fob them off or put them away like unwanted toys – they have become engaging human beings with strong views, vivacity, energy and enthusiasm for the world they live in. But maybe, just maybe, that after 30 years of parenting, it is time to buy an iPad for the 15 year old so that I can shut my eyes on long journeys.

(Photograph: my children, my nephew and my niece playing their own sweet game one fine day in the Alps)